Since the beginning of soccer history, Europe has been the dream destination of the world’s greatest stars. There, the most powerful leagues face each other and the highest level competitions are debated. Among the French, Argentinians, Portuguese and Italians, the Sevillian Sergio Ramos has managed to find his unique place.

After emerging through Sevilla’s youth academy, Sergio Ramos joined Real Madrid in the summer of 2005. He set so many records over those years and he was, most of the time, responsible for taking the team to titles and trophies. He is widely considered one of the greatest defenders in the history of the sport. Find the latest news about the Spanish defender, and get to know the whole story of Sergio Ramos in detail.

He made his first appearance for Spain at the age of 18 and, in 2013, he became the nation’s youngest player to ever reach 100 caps. Ramos currently holds the record as the most capped player in the history of the Spanish national team, and most international victories for Spain with 131 matches won.

At the end of 16 seasons playing for Real Madrid, Sergio Ramos signed for a two-year deal with Paris-Saint Germain. Despite the expectations and the fact that he will be sharing the field with illustrious players such as Lionel Messi, Neymar and Kylian Mbappé, Ramos is still unavailable for making his debut because he is not completely recovered from the left thigh injury he suffered at the end of July. 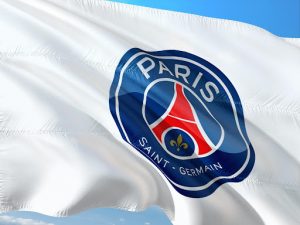 Putting aside his defensive skills and goal-scoring ability, Ramos has been famed during his career for challenging the referee’s decisions. For that reason, he holds multiple disciplinary records.

The 35-year-old has seen a majority of yellow and red cards just in a small amount of time. Also, Sergio Ramos was sent off 26 times while playing for Sevilla and Real Madrid.

There is no doubt that he is well known for these kinds of achievements.

In the Champions League, his 40 yellow cards and four reds make him the most carded player. Also he was categorized as the most red carded player in the history of this competition.

In La Liga, Sergio holds the record for most carded player with 191 cards.

As well, his 171 yellow cards surpass Alberto Lopo, the former record holder. The other 20 are red cards, which made Ramos the most sent-off player in La Liga.

An interesting fact is that this record is higher than any other player in the Major European leagues. 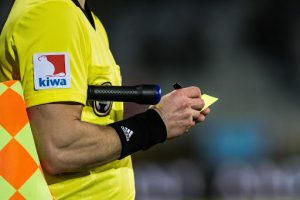 Regardless of winning a World Cup and two European Championships during his lengthy career on Luis Enrique’ squad, Ramos also holds the record for being the most carded player in the history of the Spanish national team with 24 yellow cards.

See also  “It was the player safety department that held me back.” - Mark Shefel

On August 13, the club’s medical department indicated that Ramos had suffered a muscle tear in one of his thighs and would be out of action for, at least, a month.

There is no doubt that fans are growing impatient to see the 35-year-old play for PSG, but according to Mauricio Pochettino, PSG’s coach, the Spanish defender will not be able for the Champions League fixture against Club Brugges on September 15. Pochettino also said that, in the meantime, Ramos would be able to guide younger colleagues through the pressurised environment of Europe’s top competition.

Faced with this scenario and waiting to see him for the first time in the PSG jersey, a former club figure was blunt when asked about the arrival of the player who won 22 titles at the Casa Blanca. Last week, Jérome Rothen declared that an injury of that type at the end of his career is difficult to be treated properly and he may not be able to continue playing.