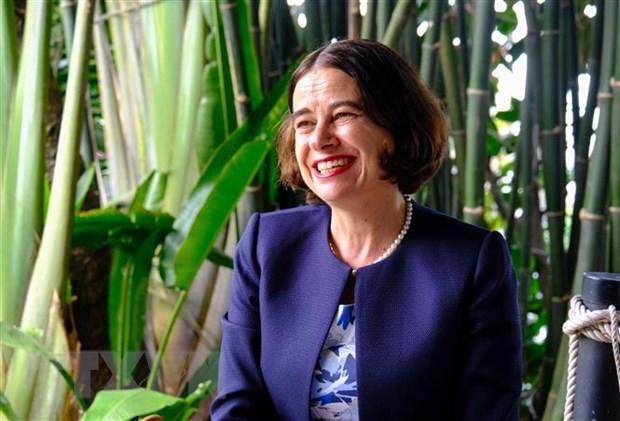 In an interview with the Vietnamese News Agency (VNA) during his visit to the Mekong Delta, Ambassador Robin Mudi noted that he has invested about A $ 650 million since 2000 in a number of projects, including the Cao Lan and My Duan Bridges. As well as numerous agricultural and climate change projects. That said many good results have been obtained.

According to the diplomat, the Australian side is currently focusing on projects to improve productivity and environmental regression in the Mekong Delta. In particular, Australia is helping to strengthen aquaculture links to improve production and profitability. This is an important project because it helps bring individual farmers into a collective environment and increase their productivity.

Damage to an irrigation canal in the Qianjiang province of the Mekong Delta. Photo: VNA

During his visit to the Mekong Delta, the Australian Ambassador also spoke about his desire to visit a project at Tram Sim National Park in Dong Thap Province. According to him, the project uses high-tech solutions in artificial intelligence (AI) and environmental management in the Tram Sim National Park.