SATURDAY, July 24, 2021 1:07 p.m. – After the heat, Tropical Storm Nepartak, currently in the western Pacific and heading toward Japan, could disrupt the Olympics. Everything will depend on its path and the strength of the wind.

Tropical Storm Nepartak formed about 1,800 kilometers southeast of Honshu on Friday. The storm is expected to approach Honshu over the next few days and make landfall on Tuesday or Wednesday. According to the forecasts of the Japan Meteorological Agency, the storm is unlikely to turn into a typhoon. 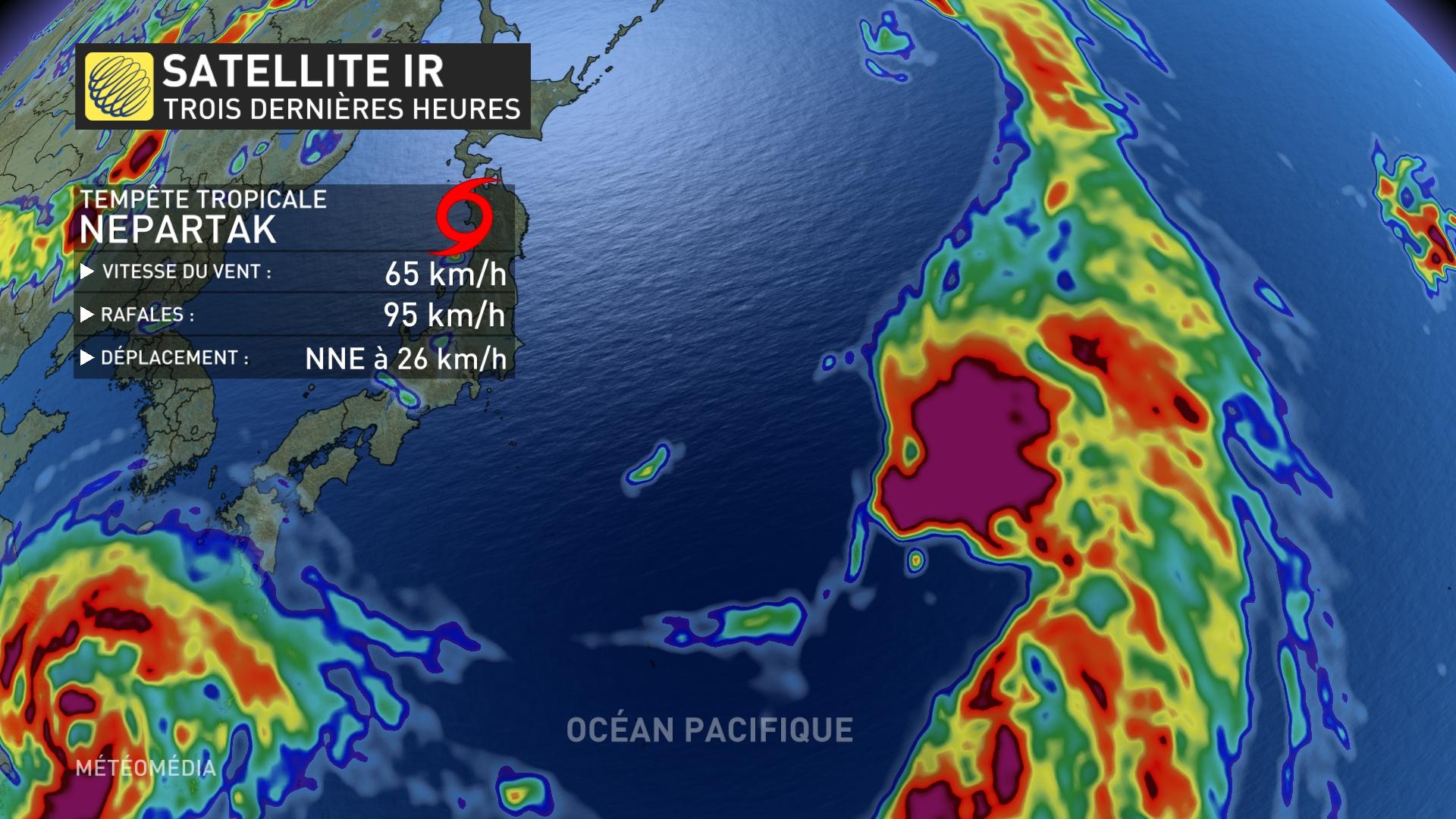 The storm may bring heavy rain and strong winds as it approaches Japan. There is a risk of flooding, power outages and storm surges. At the moment, the system can leave 100 mm of rain. 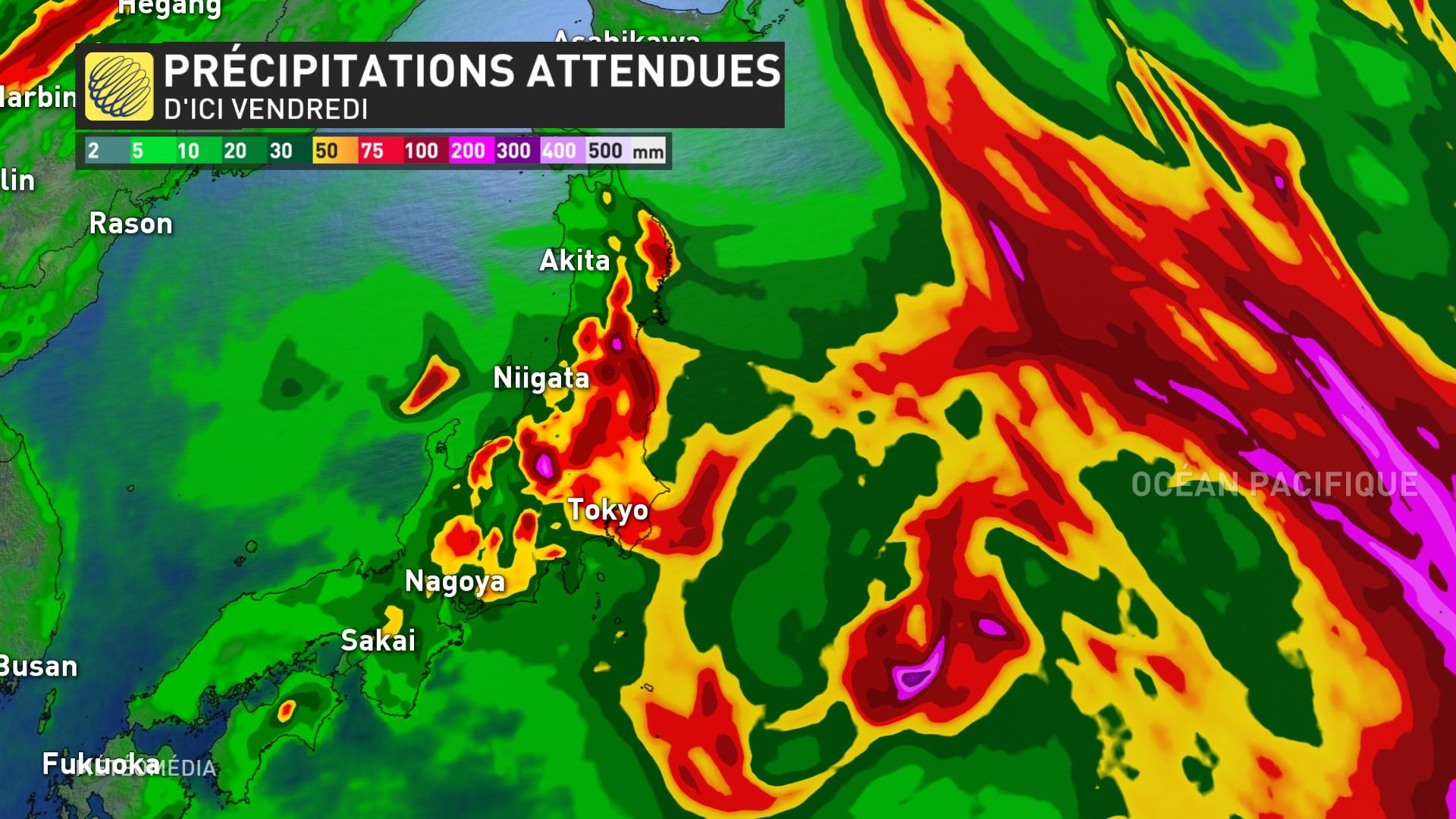 For the Olympics, the track we’re watching is above all else. For now, it stays in the north, while the majority of Olympic events take place near Tokyo, south. 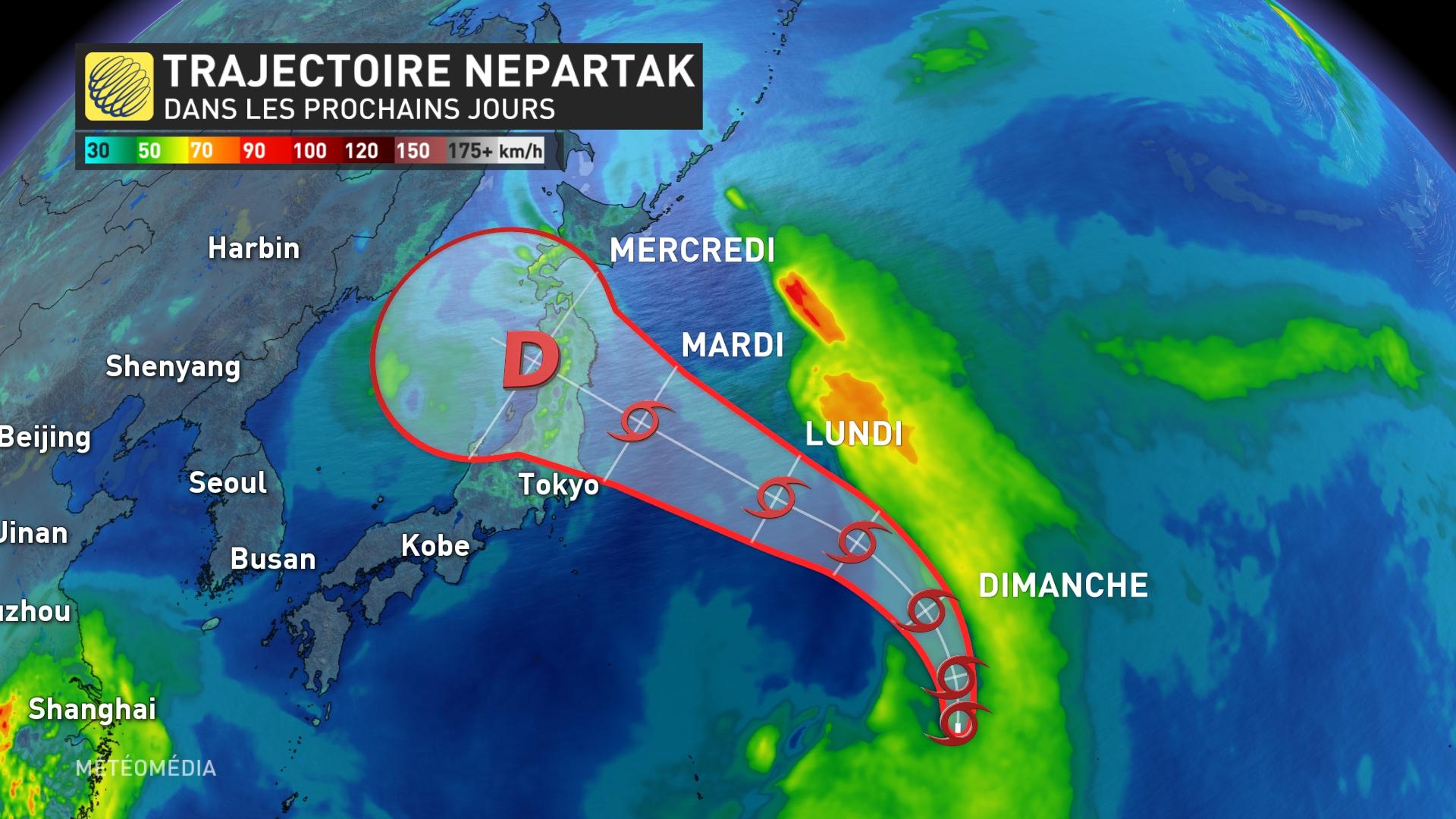 At this time, the effects can be felt on water sports such as kayaking, sailing and windsurfing which will be affected by waves that can reach 10 to 15 metres.

Some kayaking events, which take place on the Sea Forest waterway in Tokyo Bay, have been moved to Sunday instead of Monday.

Other changes could occur if the storm heads south.

See also: After the floods, a typhoon occurred حدث