All good movies leave a lasting impression on the people that watch them. Whether that be leaving them rethinking lost-established opinions, imagining themselves in the position of one of the characters, or feeling inspired to take action.

Occasionally though, a movie is so momentous and so pivotal that it leaves a lasting impression on the entire world. Here are some of those films.

Before Toy Story (1995) was released, compelling feature-length animated movies were fairly uncommon. The most memorable ones were from Disney, though they were created by hand.

To create Toy Story, Pixar used cutting-edge technology to create all of the imagery through computers. It used keyframe animation techniques, similar to how hand-drawn moving images are made, but where a computer generated the movements between each keyframe.

Toy Story was revolutionary in its use of computers and sparked a revolution in animated movies. In 2019, the number of animated feature-length movies released in the world was more than double the amount that hit cinema screens in 1995. Popular titles like Shrek (2001), Finding Nemo (2003), Despicable Me (2010), and Frozen (2013)  were all created using the technology pioneered by Toy Story.

Rounders (1998) is a movie about Mike, a law student who loves to play poker. After losing a high stakes game, he vows to give up playing cards to focus on building a life with his girlfriend and studying. Things go well for a while, but when Mike’s friend gets out of prison, he’s quickly dragged back into the world of underground poker.

The film was one of Matt Damon’s early successes, and although it only enjoyed mediocre success when it was first released, it became a cult favourite soon afterwards.

In the early 2000s, the world experienced the “poker boom”, a period where interest in online poker exploded. Rounders is credited with being one of the catalysts for this increased interest, alongside more televised poker tournaments, and the first WSOP win of a player that qualified for the tournament online. While it’s hard to say the poker boom wouldn’t have happened without Rounders, it is definitely a movie that changed the industry. 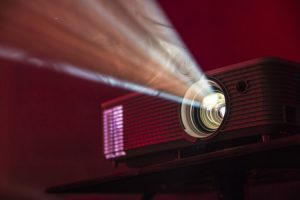 When negotiating the terms for the release of Star Wars (1977), George Lucas agreed to a $500,000 pay cut in exchange for having full ownership of the film’s merchandising rights. Many in the industry were baffled by this decision, mainly because movie merchandise wasn’t particularly a big deal at the time.

However, Star Wars was far more successful than anyone could have imagined and Lucas generated huge amounts of wealth thanks to his foresight. In just 10 years of the first film being released, it is reported that around $2.6 billion of revenue had been generated from the sale of merchandise. By 2021, this figure had ballooned to around $20 billion.

Seeing the success of Star Wars, many other filmmakers and movie studios decided to cash in on the idea too, and now merchandise is a huge part of the movie industry.

Given that Lucasfilm is continuing to develop more and more Star Wars content, using new CGI techniques to help it do so, we’re likely to see even more merchandise sold in the coming years.

Based on the 1999 book The Coming Global Superstorm, The Day After Tomorrow (2004) is a sci-fi film that depicts events of rapid and catastrophic climate change. It wasn’t the first and certainly won’t be the last movie to address the issue of our changing climate, particularly as it becomes even more apparent that we need to take action quickly.

Unlike some other films that attempt to address climate change, The Day After Tomorrow attempted to focus on the personal impact rather than going into detail about the scientific process behind it.

By making the plot personal, it helped to make the film’s message easier to process and comprehend. Of course, the plot contains several scientific inaccuracies, but this is nearly always the case in movies as it aids storytelling. That said, The Day After Tomorrow still manages to drive home the fact that we all need to make changes to limit our impact on the environment as if we don’t, we will all be affected by it.

While it was the only force behind people being more conscious of their need to take action, The Day After Tomorrow helped to focus people’s attention more so than any other film of its time.