The second part of the Sixth Assessment Report of the Intergovernmental Panel on Climate Change was unveiled on February 28. Addressing the topic “Impacts, adaptation and vulnerability,” it confirms the expectations of the previous work of the Panel of Experts on Climate Change. Interpretations with Wolfgang Kremer, coordinator of one of the chapters.

The second part of the sixth report of the Intergovernmental Panel on Climate Change (IPCC) has been published. What is the difference with those released last year?
Wolfgang Kramer. The IPCC is made up of three groups, each dealing with a section of the report. First published in August 2021, mainly related to climate physics. The second group has just completed its work, and its report integrates issues of the environment, human vulnerability to risk and adaptation. The third group is looking for ways to mitigate global warming and its consequences, in a report due to be released next April. However, the three groups are not isolated and work together. Group 1 increasingly takes into account the dynamics of the biosphere in the evolution of climate. Scientists from multiple disciplines in Cluster 2, to which I belong, are increasingly incorporating climate scenarios into their work, both globally and regionally. We use all the scientific literature on the impacts of climate change.

Sandbags were placed at the foot of these coastal homes in Buxton, North Carolina to protect them from rising waters (March 11, 2021).

This new component, for example, shows a better understanding of the consequences of extreme weather events, such as droughts and storms, on nature and on populations. We thus look at how climate change affects, and will affect, ecosystems and aquatic systems, but also the social and economic aspects that are affected by climate change and ecosystem disruption.

(…) The adaptive capacity of human societies varies greatly between countries of the North and South, and even within the same state.

We are also interested in adaptation, to see if ecosystems, as well as any human activity, will be able to adapt naturally or through specific actions to all these changes. But the answer to this question often reaches “hard” limits, because climate change is too rapid for, say, to strengthen dams in the face of rising sea levels.

This work also shows that the adaptive capacity of human societies varies greatly between North and South countries, and even within the same country.

What are the main conclusions?
The bathroom Through scientific means of formal attribution, we show that the effects of climate change appear in most ecosystems, aquatic systems, and human societies. We’ve already seen a lot of effects during the previous part, but now we have more certainty and observations to back up our data. We see this in particular through extreme events, such as heat waves, droughts or storms.

Efforts to adapt to global warming remain insufficient, particularly due to costs that increase with rising temperatures.

For example, I note that the rise in the level of the Mediterranean is accelerating and causing more violent changes to the coast than anticipated in the last report. The vulnerability of the Mediterranean coast, for its ecosystems as well as for human settlements and heritage, is particularly important because, so far, the sea has only shown low tides and rarely major storms affecting the coasts. The level could rise one meter by the end of the century, as it does anywhere in the world, which would be disastrous because cities were never designed to keep up. One thinks of course of Venice (Italy), but most of the coastal cities are in fact threatened, and in particular Alexandria (Egypt) and its five million inhabitants. 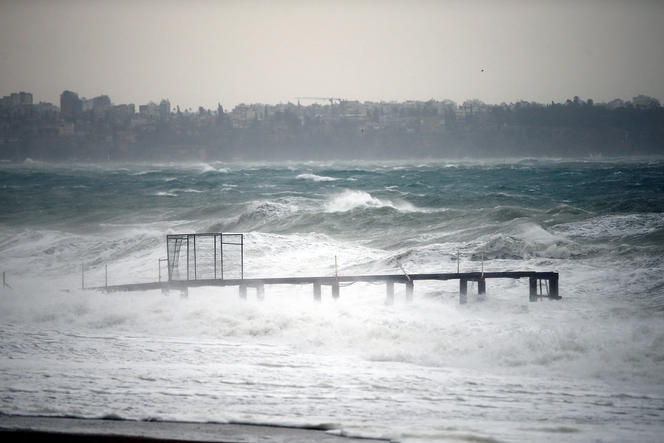 A pier covered by the sea after heavy rains over the coastal city of Antalya (Turkey), January 24, 2019. For Wolfgang Cramer, “Rise in the Mediterranean is accelerating and causing more violent coastal changes than expected. In the last report.”

Efforts to adapt to global warming remain insufficient, particularly due to costs that increase with rising temperatures. To turn things around, we need more financial and technological efforts, including support for the Nordic countries, which are responsible for the bulk of greenhouse gas emissions.

What are your research topics and how do you participate in the IPCC?
The bathroom I have long been evaluating the current and future impacts of global warming on ecosystems. Since we cannot know the exact conditions of future climate, which will be affected by different policies of environmental transformation, causing differences in the level of GHG emissions, several alternatives should be considered depending on the intensity of warming. Thus we use different scenarios, created by models from climate scientists and present several options at the same time, in numerical simulations to estimate environmental impacts.

To turn things around, we need more financial and technological efforts, including support for the Nordic countries, which are responsible for the bulk of greenhouse gas emissions.

I started this part of my work in the 2000s, on simple models of forest dynamics. The development of these models has also benefited from a long continuum of research, going back before my generation, because forests have always needed to predict the future productivity of their wood species. Even before computers arrived, they already had tables showing the behavior of tree species according to location, climate, and forest management. With field experts and satellite observations, we have been developing these dynamic ecosystem models for 25 years. Starting with trees, we’ve generalized these digital tools to other plants, such as herbs and shrubs.

Thanks to this work, I have had the opportunity to contribute to the second group of the IPCC, starting with the second report published in 1995. Participation is always based on a request. The IPCC International Bureau then selects scientific skills, but also on different criteria to ensure a balance between disciplines, between men and women, as well as between countries of the North and the South.

Are there any changes to the format of IPCC reports?
The bathroom In general, reports follow a well-established scheme, each time validating them by stakeholders. It includes different thematic chapters and also a summary for decision makers, highly recommended to make it readable by all. There is something new this year: cross chapter papers. These are smaller chapters covering topics that were previously broken down and separated into different parts of the report. Thus, I coordinated with my Egyptian colleague Ilham Ali paper across the chapter In the Mediterranean basin, which was previously not considered as a whole, but was sent according to the continents. If we have always had good analyzes of the European part of the Mediterranean, the African and Asian sides have remained much less treated. Giec approached me based on my work at MedECC. Since its creation in 2015, I have coordinated this network of experts on the Mediterranean with Joël Guiot, CNRS Honorary Research Director at the European Center for Research and Education in Environmental Geosciences. We have carried out environmental risk assessments and produced a report that received the Council of Europe North-South award in 2021. 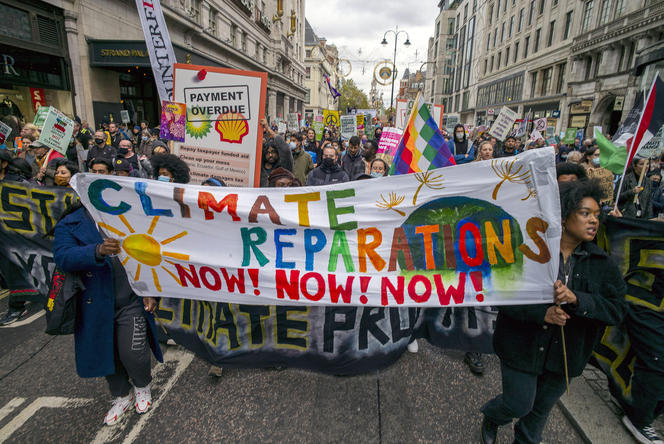 I would like to emphasize that MedECC could have been created by Joël Guiot and myself, thanks to some freedom in our projects granted by the CNRS, as well as through the support of the Mistrals programme. Many colleagues have joined us from France, but above all also from other countries, where there are currently about 200 international colleagues around the Mediterranean. Even if support now comes from several authorities, the National Council for Scientific Research has reason to be proud of this initiative beyond walls.

See also  Are there still boundaries between science and politics? »

How are the last weeks before a new part is published?
The bathroom Each component consists of a full report, a technical summary, and a summary for policymakers. The first two parts are already completed and closed. The plenary sessions, this year via videoconference for two weeks, relate to summary chapters for decision makers. Thus all the representatives of the governments that are members of the IPCC, that is, almost all the countries of the planet, come together to study the draft that the researchers wrote sentence by sentence. It is a very formal procedure, and it follows the rules of international diplomacy in terms of speaking out and seeking consensus. Actors bombard us with questions about the use of such a word, or for evidence of that assertion. We make sure that each expression is clear enough to avoid misunderstanding, and we refer to factual items collected in the full report. So the researchers have the last word. The science is not negotiated, we never modify the science content during these discussions. Everything is kept under the control of a scientific desk and we work to get maximum clarity in every sentence. It’s a very long process, but you have to see it through to the end.

Once all the questions have been asked, governments must come to a consensus to accept or not accept the outcome of the discussions. Then there are only two possibilities. Either all governments sign the summary to the decision makers and give their consent, or even if one country refuses, the summary for the decision makers disappears and everything is done for free. This is an expensive and cumbersome process, but for me it is very important because it then allows us to discuss at a higher level climate solutions and policies with government authorities. After signing the abstract, various government authorities around the world can no longer take us seriously or throw out arguments they had previously validated. This is why these two weeks of discussions, sometimes sixteen hours a day and alternating schedules to accommodate the different countries, is so crucial. It’s a physical and mental challenge, but I’m convinced it’s worth it. I find it exciting, the report is a great way to communicate scientific findings to decision makers and the general public. ♦

To view the report (in English): https://www.ipcc.ch/report/ar6/wg2/

Read on our website
“Climate change is already hurting us badly”

The Ministry of Health updates the response plan to monkeypox