The project was presented to the consulting office in Montreal, where 150 people expressed themselves and 1,500 people followed the consultations.

Citizens feared a great discrepancy between the iconic building and the planned building, the construction of this tower involving the destruction of the brutal architectural part of La Baie department store in downtown Montreal.

Therefore, the consulting office asked the company to submit other proposals, especially since the presented offer would hinder the scene.

“The protection of the views of Mount Royal was not respected,” said Dominique Olivier of Montreal’s Office of Public Consulting. “When you are on Mount Royal and looking south, you can see far beyond the river, and there are some views of the river, if they build a 25-story tower, it will be obstructed.”

“I find it destroys everything beautiful,” a man asked about the situation testified. “Old structures, putting new ones next to them, don’t match the decor.”

“They need to redo their homework. No, it’s not working,” added a lady. “There are really nice things with the elderly, but they haven’t worked very hard.”

Hudson’s Bay sent a press release in response to the situation to TVA Nouvelles.

“We will take the next few weeks to study his recommendations. We will also await the conclusions of the advisory committee established at the request of the mayor’s office to study this project before making our comments,” it reads.

Therefore, recommendations will be studied in the coming weeks. 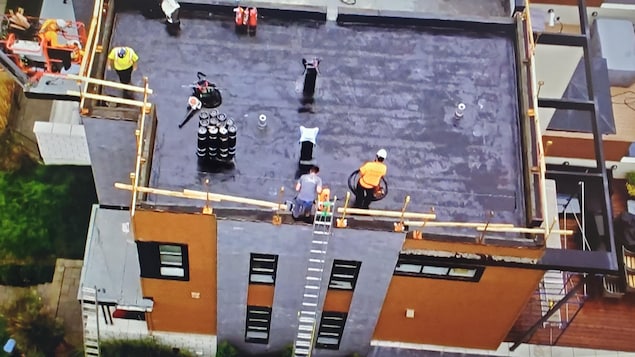