Football is the most popular sport globally, played everywhere by almost everyone, including ladies. Since it evolved from the streets of England, football has become the go-to sport for many generations, so much that FIFA World Cup is now the most-watched sports event in the world.

Football is managed worldwide by the Federation of International Football Association (FIFA). The popularity of football has made its players global ambassadors, earning them love and respect from many worldwide. The article will discuss the world’s top-ranking football players. You can learn more football facts on https://mightytips.hu/fogadoirodak/foci-fogadas/.

The transfer fee made him the most expensive footballer in the world to date.

A striker whose talent has adapted to changes in style over the years, Lewandowski is one of the best goalscorers in the world. Currently, he plays for FC Bayern Munich in Germany. The Polish international has scored more than 300 goals in his career.

Last season, he scored 41 goals in the German league in 29 games – a German Bundesliga record. Lewandoski’s prowess in front of goal has led football fans worldwide to call for a Balon D’or award for the Polish striker. His excellent finishing and impressive goal record make him one of those players that get better with age.

The Egyptian sensation is one of the best African players to ever play in the Premier League. He is an incredible player for both his club and country. His consistency earns him a place among the world top ranking football players.

Presently, Salah plays for Liverpool FC of England. He is currently the premier league’s highest goalscorer with 14 goals. In his first season with Liverpool, he scored 32 goals in 36 games and has constantly scored at least 20 goals per season since then.

In addition, Salah has scored 134 goals in 212 games for Liverpool. His numbers are mind-boggling because he is not an out-and-out striker. Salah is also the highest-scoring African to play in the English Premier League.

If there is one player touted to surpass Ronaldo and other football greats like Pele, it is this French wonder sensation, Mbappe. He has scored 92 goals in 109 games in the French league for PSG, which takes his goal haul to an impressive 164 goals in 245 games.

His numbers are more impressive when you consider he is only 22 years old. His speed and clinical edge made him one of the top 10 expensive players in the world after he left As Monaco for PSG three years ago for 200 million euros.

The Tottenham Hotspur and England national team captain is a man whose talent stands out. Kane has scored 166 goals in 242 games in the English Premier League. His numbers are unprecedented for a player playing in a club without superstar players.

Kane continues to silence his critics on the international front after winning the 2018 World Cup Golden Boot and scoring four times in the 2020 European Championships to lead England to the competition’s finals. He has incredible passing and vision – something many don’t expect from a striker, and his shooting from the edge of the penalty box is as good as it gets in football.

It isn’t easy to see another footballer who has impacted the European club scene as Norway’s Erling Haaland. Watching Haaland for 90 minutes will make you consider him a worthy successor to Messi and Ronaldo.

His goal-scoring statistics show a goal every 55 minutes and 54 seconds. The youngster translated his goal-scoring from the Austrian league with RB Salzburg to German giants Borussia Dortmund. Haaland is almost untouchable when in possession. Many football fans expect more from him in the coming years. 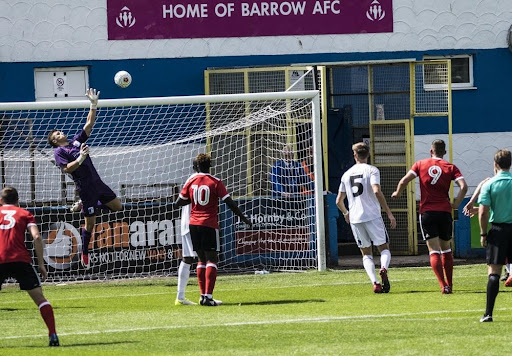 Still only 21, the footballing world expects Haaland to score his way into history books like Cristiano Ronaldo and Lionel Messi, maybe even surpass them.

Although men dominate football, female footballers are making a name for themselves. One such footballer is Manchester City and the United States midfielder Sam Mewis. Alongside Alex Morgan and Megan Rapinoe, Sam Mewis is one of the world’s top female football players. She has scored crucial goals for both club and country, and many pundits expect her to lead both teams to victory in major tournaments.

Few footballers divide opinions like the Portuguese colossus – many people love and hate him simultaneously. While Ronaldo has the highest Instagram followers among sportsmen, he is also one of the top 10 most hated football players in the world alongside Mario Balotelli and Francesco Totti.

He is a footballing chameleon. Ronaldo has conquered every league across Europe and is the first player to score more than 100 goals for every club he has played in during his incredible career. His Manchester United return raised plenty of eyebrows after leaving Juventus in a little bit of a boil. However, he has maintained the pace, scoring 13 times in 17 matches for Manchester United proves he is as lethal in front of goal as ever.

Football has introduced a lot of impressive players to the world over the years. However, the names here are world top football players.

NBC Sports will not send its descriptors to Beijing