The head of US diplomacy, Anthony Blinken, called on Tuesday in Iceland to “avoid militarizing” the Arctic, in a warning to Russia, which the day before, defended its military activities in this strategic region.

Also read: Greenland is darkening due to the lack of new snow, leading to accelerated warming

Also read: Moscow warns the West before the meeting of the Arctic

“We have concerns about an increase in some military activities in the Arctic that increase the risk of accidents or miscalculations and undermine the common goal of a peaceful and sustainable future for the region,” A- he told the press in Iceland on the eve of a meeting of the Arctic Council in Reykjavik, where he will meet his Russian counterpart Sergey Lavrov.

The US Secretary of State implicitly called on him to “avoid the statements” such as those he made on Monday, expressing his “hope” that the Arctic summit on Wednesday and Thursday would “enhance peaceful cooperation in the region.”

“We hope this kind of cooperation will continue and the Arctic will remain an area of ​​peaceful cooperation,” said Anthony Blinken.

He added, in response to a question about Sergei Lavrov’s words about “We must move forward, including Russia, based on the standards and commitments we have made, and avoid statements that weaken them.” North Pole.

The Russian Foreign Minister announced today, Monday, that the Arctic is a region of influence for Russia, warning the West of its ambitions in the far north.

“It has been clear to everyone for a long time that these are our lands and our lands,” he said, denouncing in particular the offensive tendencies of NATO and Norway in the Arctic.

See also  Burma: Hundreds of monks flee the fighting between the army and rebel factions

For his part, Anthony Blinken criticized Russia for its “illegal maritime claims, especially with regard to the rules for the transit of foreign ships on the northern route” along the coast of the Russian Arctic.

He said that these rules “contradict international law, and this is something we have responded to, and we will continue to respond to it.” 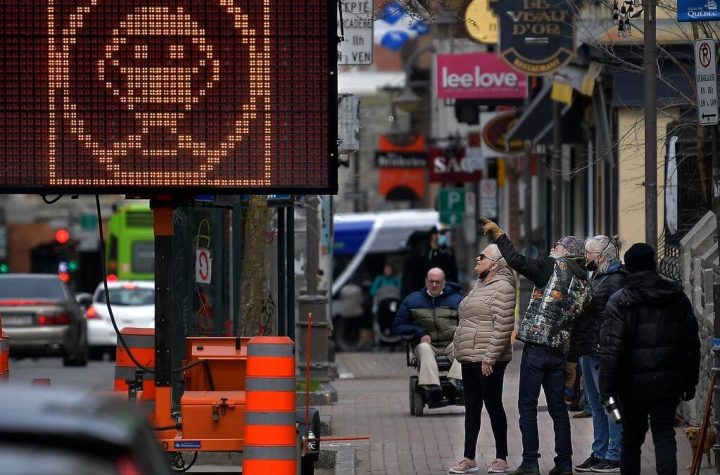