I put my blindfold on because sometimes I get accused that I’m not really blindThis hero of the game said with a smile Street Fighter VReferring to people who lost to him in clashes on the most important live broadcasting platform for games.

Sven van de Weig, who was diagnosed with cancer at the age of six, lost his sight, but he has not given up his budding passion for video games, especially fighting games.

Relying solely on sound effects, he can locate characters on the screen and describe their actions, to the point of becoming the hero of Capcom’s legendary series, Street Fighter. A talent he’s now using well on his Twitch channel, which was launched in 2017.

Setting up a studio adapted to his disability requires specialized equipment and above all a lot of resourcefulness on the part of the 35-year-old Dutch IT professional.

I manage my Twitch channel on my PCHe explains from his small studio in his apartment in the center of The Hague, Netherlands.

I have two computers, and I have connected a braille keyboard to each of themHe says, as he runs his fingers over tiny white pins that move in and out of the device depending on what’s being read on the screen.

In front of him, not a screen, but a wall. He likes to say, I don’t need it, and then, in this way, I save electricity.

A complex interface that he has learned to master over the years, at the sheer speed that live streaming has imposed on him. The hardest part for me is keeping up with everything that is written in the chat window, especially when there are a lot of people typing messages, focusing on the game.

Every Sunday, he faces the people involved in his account during battles as he comments and analyzes his opponent’s every move. I won about eight times out of tenHe says with a smirk. He prides himself on having already beaten the best players in the world in the selection of the various tournaments he has participated in across Europe.

To get to this level, Sven has been training for several hours a day for years, in order to memorize the sound effects of each hit and each character, with headphones strapped to his ears. It lets me know what my opponent is doing, how I should attack him, and how I should defend myself.

This does not prevent him at times from venturing into other genres, even if he regrets that very few titles still have enough access options for people with disabilities.

Her channel has passed three thousand subscribers and offers between 40 and 50 spectators per broadcast. The degree is more than supervising on a platform where people with disabilities are not very present.

In order to shed more light on specific communities and make them more inclusive, Twitch added about 350 keywords in May 2021 to better identify specific groups, particularly people with disabilities. But these features remain rare.

For Sven, there may be accessibility improvements, such as The possibility of having text only in the chat window, since reading emoji tends to interfere with a braille keyboard.

See also  We will walk on the moon

As a Twitch affiliate partner, Sven gets paid based on the number of people who subscribe to his channel and their donations. If he receives only a few tens of euros a month at the moment, he hopes to one day achieve partner status, which may eventually allow him to provide him with enough income to make his job.

If I told myself “I’m blind, I can’t play video games anymore” and gave up, I wouldn’t be where I am today. And I think if I get there, I’m sure others can do it too.

76% of companies had an API-related security incident in the last year, and 74% of cybersecurity professionals don’t know which APIs are returning sensitive data 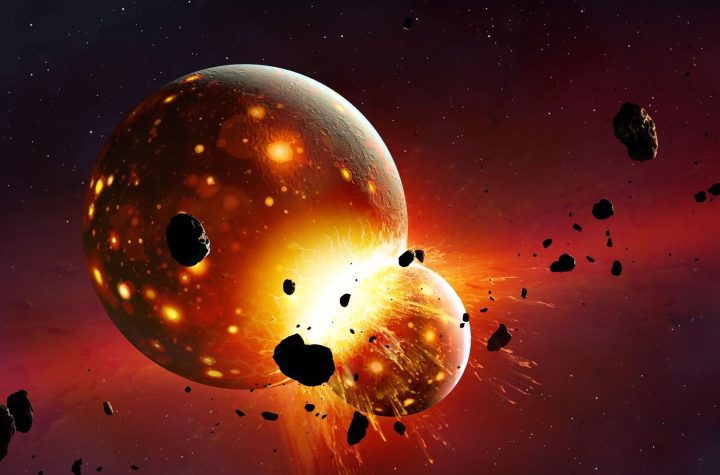 The moon had formed within a few hours, according to a new NASA simulation