Saturday May 14, 2022 at 11:51 a.m. – It’s not only in Quebec that we’re seeing heat records these days. South Asia is currently experiencing a rather stifling cycle.

The intensity of the heat wave reached such a point that the city of Jacobabad in Pakistan recorded a temperature of 50 degrees Celsius yesterday. This is the first 50°C of the year in the Northern Hemisphere. 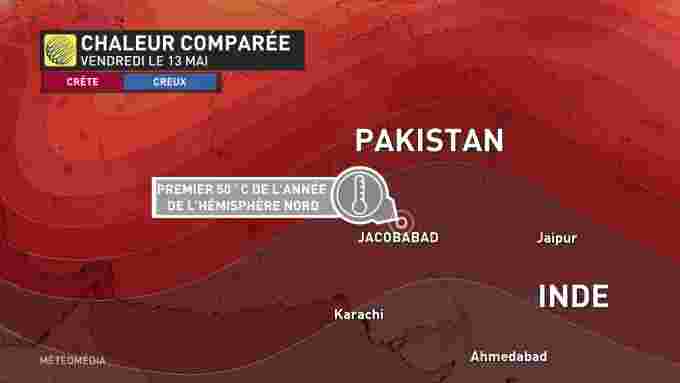 But already, that mark has been smashed, while Jacobabad recorded 51 degrees Celsius for this Saturday.

Since the end of April, Pakistan and India are experiencing a severe heat wave. Record temperatures have caused water shortages in both countries. The electricity supply also paid for this abnormal sequence of heat. Some places even experienced shedding of loads for about twelve hours.

To make matters worse, the Indus basin, which supplies nearly 90% of Pakistan’s water, has seen its flow reduced by 65% ​​due to less rain and snow. This situation made Pakistani farmers fear the worst. Already, some crops are completely lost due to the heat. 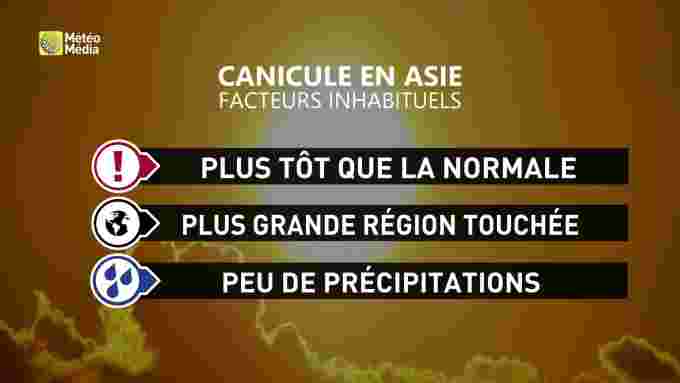 According to Guardian media, in early May, northwest and central India experienced the hottest April in 122 years. On the last Saturday in April, Jacobabad registered a mark of 49 degrees Celsius, one of the highest temperatures recorded in April anywhere in the world.

It will also be mentioned that last year, the Pakistani city of Turbat recorded the highest temperature in the world for the month of May with a surprise of 54 degrees Celsius.

Hopefully the temperatures will decrease in both countries. However, at the moment, the models tend to indicate that the heat wave will continue until Monday. A slight dip is expected at the beginning of the week, but temperatures will rise again, possibly reaching 50°C again. 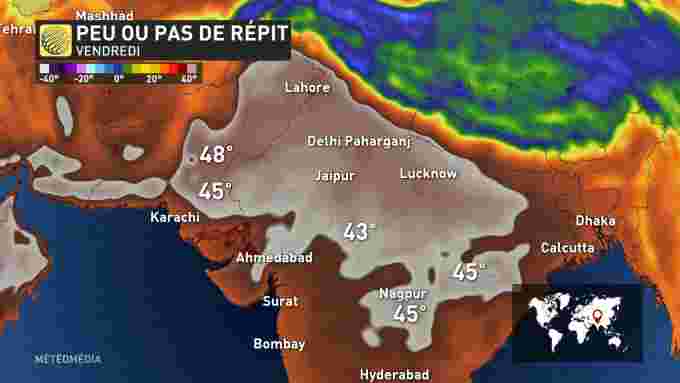 See also: a magic mushroom in your garden