Do you know Steam Deck? This is the new portable console that Valve has been marketing since the beginning of the year. It provides a way to play games you bought on Steam in a device similar to the larger Nintendo Switch. I’ve had what I have for two weeks and that’s what I think so far.

Meanwhile, Steam Deck offers an AMD Zen 2 3.5GHz CPU and an AMD 8 RDNA GPU. So it delivers roughly 1.6 teraflops of power, or roughly the power of a PlayStation 4 or Xbox One. So we have twice the power of the Nintendo Switch.

Although all models are sold with a micro SD card slot, I decided to opt for the middle model, which offers 256 GB of storage. Partly because I thought 64GB of storage was too tight, but mostly because the 256 and 512GB models offered better performance thanks to faster NVMe storage. For its part, the model with 64GB of storage is equipped with eMMC storage which is very similar to what is found in SD cards or cheap mini PCs.

However, long gaming sessions have proven surprisingly comfortable because the grip is so strong. The 7-inch LCD is more than suitable for gaming from a distance and I was impressed with its clarity even when playing outdoors. If you want a matte finish, I recommend you go for the 512GB model.

The buttons are all very good quality with excellent relaxation when used. It is the same with the joysticks on each side of the console or the four programmable buttons on the bottom of the console.

Probably one of the things I love most about setting up the Steam Deck are the two touchpads on either side of the console. They can be used in some games for more accurate aiming with your thumb, which makes things much easier. 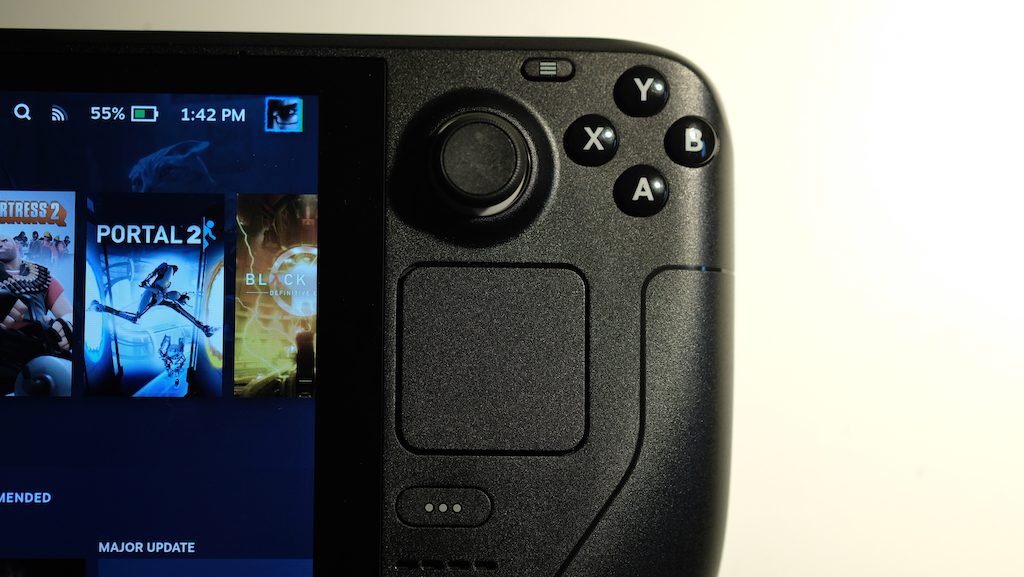 Same thing when it comes time to identify things on the screen. Although it is often easier to use the touch screen only.

A big question mark remained around the Steam Deck: How will SteamOS perform? 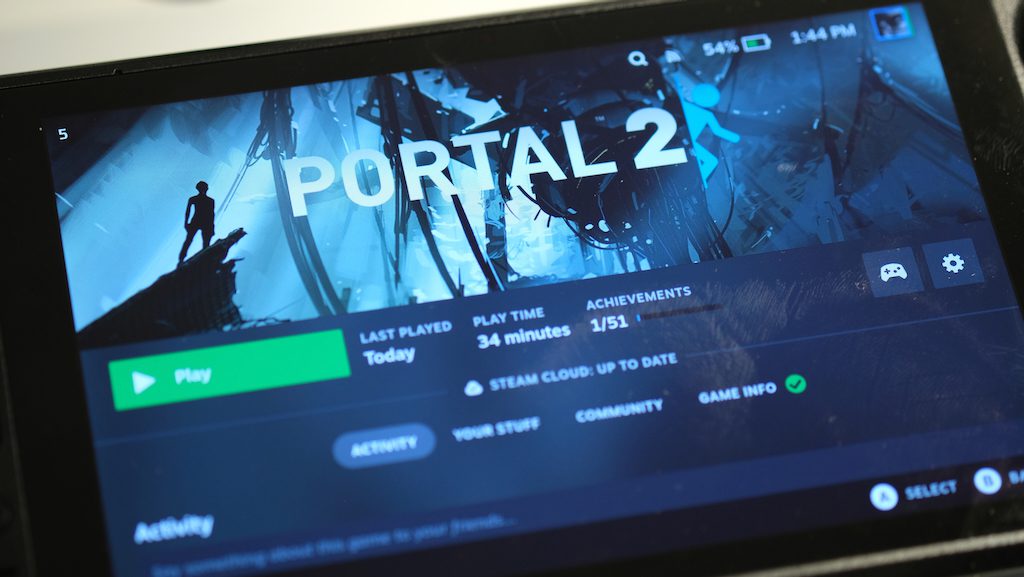 So far, I have to say, it’s been pretty cool. Although the architecture is PC, so SteamOS is not Windows. So the games must be compatible with SteamOS which is based on Linux otherwise emulation mode must be used.

It’s easy to go to the Steam store to find Steam Deck compatible games. At the moment, there are a hundred games but you will find more than 700 that are eligible to play.

Some will require some tweaking, others simply have very small fonts, etc. In my experience, I’ve had a lot of fun playing more indie games like Eastbound or bigger games like Grand Theft Auto V or even Resident Evil Village.

What will change your gaming experience the most is the stack. As you might expect, the more difficult the game, the faster your stack will drain.

When playing an indie game that isn’t 3D, you’ll end up getting 6-7 hours of gameplay if you don’t set the refresh rate to 60Hz.

Let’s just say that playing Grand Theft Auto V at 60Hz will give you no more than one and a half to two hours of gameplay. 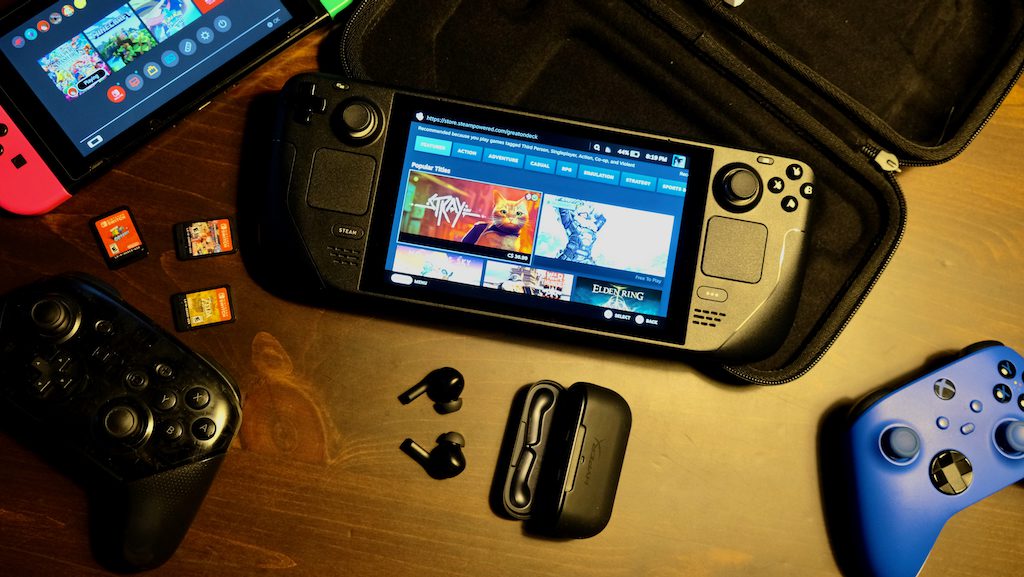 So far, my impression of Steam Deck is very positive. There are still many questions like whether Valve’s support will be any good. At the moment we are entitled to many frequent updates but the console has just been released.

Another good point in the long run, Valve designed their console so well that it can be easily repaired and the storage can even be changed! It’s not the easiest but it’s still nice to have the possibility.

You can pre-order the Steam Deck at steam. Three configurations are available and will be available in 3The tenth Quarter 2022 either October or later.