Seagate is well known to Xbox gamers. The manufacturer has already released several external hard drives for Xbox and is also responsible for Xbox Series X and S memory cards.. Today, Seagate announced a new Game Drive for Xbox, but this time on an SSD.

With the emergence of services such as Xbox Game PassConsole storage is in high demand and many of them are able to quickly saturate their disks.

With the arrival of the Xbox Series X and Xbox Series S, the problem has become more serious because it is absolutely necessary to achieve Xbox Series X memory card. To expand the storage capacity of the consoles and be able to play enhanced games on them. In fact, it is possible to store the optimized games on a file external hard disk, but not to launch it. In this case, you have to move your games from the external drive to the console’s internal SSD so that you can play them.

The speed of the classic external hard drive is limited, and to transfer content faster, nothing is better than an SSD. This is where the new 1TB Seagate SSD gaming drive comes in.

This new Seagate SSD is external and designed to store Xbox Series X, Xbox Series S and Xbox One games. But be careful, it is still not releasing games optimized for Xbox Series X | S.

With its bold, refined look, and distinctive Xbox green LED strip that lights up your gaming station, Game Drive for Xbox SSD is the perfect match for the new generation of consoles. Lightweight and thin, this USB 3.2 Gen 1 compatible disc allows gamers to take their entire game library with them and play wherever they are without the need for an external power source. Configured to be plug and play, Game Drive for Xbox SSD installs in less than two minutes via Xbox OS.

The Seagate SSD Game Drive Xbox is priced at €189.99 and will be released in November. 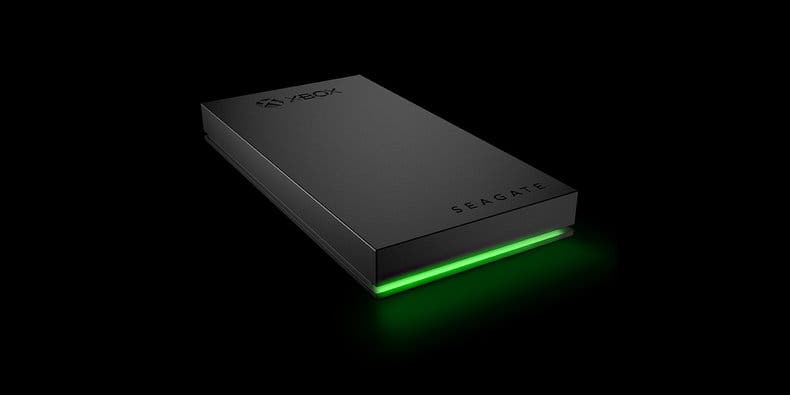