Sports Minister Professor Narcisse Moel Combe announced the appointment of the new technical staff of the national football team on Monday, February 28, 2022 “on the very high instructions of the President of the Republic”.

What’s the hottest sports news in Roger Milla’s country fell on Monday at 8pm. In a press release, the Minister of Sports said that the technical staff of the Indomitable Lions led for three years has been replaced by a new team headed by Rigobert Song Bahanag, the former captain of the national team.

Thus, the Frenchman Sébastien Migne was named assistant coach No. 1 for Rigobert Song. Sebastien Meany, 49, was a footballer for unknown clubs in the West before becoming a coach in the early 2000s, beginning to coach in France at the teams of Strasbourg, Lens and others. Before settling in Africa, he worked in the technical staff of the national teams of the Democratic Republic of the Congo, Kenya, Togo, Congo and Equatorial Guinea.

The first challenge for the new hires is the final qualifying round for the 2022 FIFA World Cup Qatar scheduled to take place at the end of March. Cameroon plays a double confrontation against Algeria. The first is on March 25 in Douala and on March 29 in Blida.

Below, the new cast of Indomitable Lions in full. 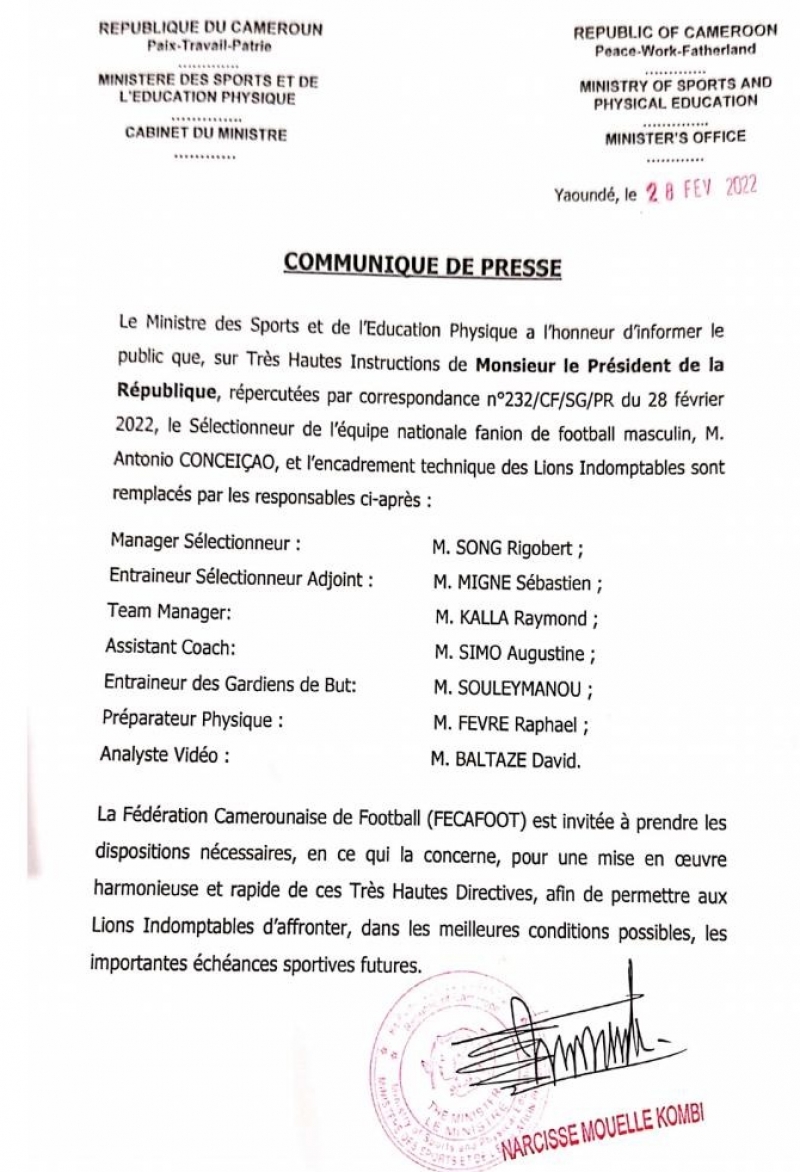