Wednesday, October 13, 2021 11:40 a.m. – A hurricane that originated in the Pacific Ocean will make landfall and move toward Quebec. It will bring a large amount of moisture to another depression water. This will not spare Quebec and will spoil the weekend.

Her name is Pamela

Hurricane Pamela became a Category 1 hurricane. It originated in the Pacific Ocean and will make landfall soon. Its course would take it to Mexico, and then to Texas by ascending towards the northeast. This is a rare phenomenon because tropical storms that form in this basin generally tend to branch westward. This time, higher winds will favor their passage in the opposite direction. 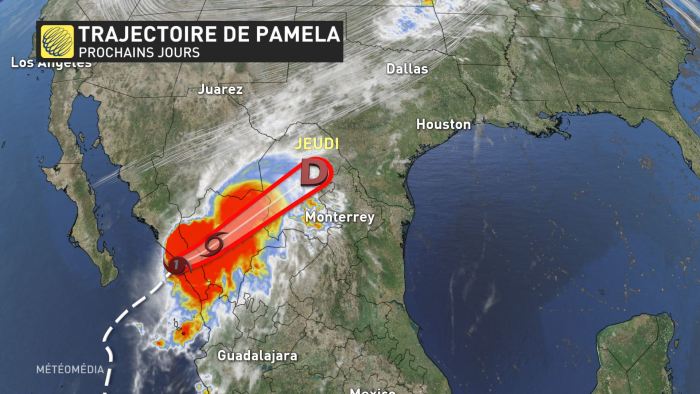 As Pamela continues her career, another depression forms in Texas. The two energy sources will meet to allow the system to gain strength and absorb moisture. 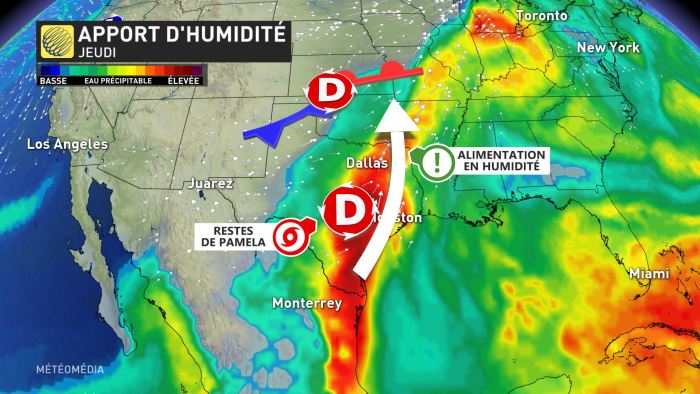 This extremely rare event will have repercussions in Quebec. In fact, the system’s passage east of the Great Lakes region will have the effect of bringing in good amounts of rain over the coming weekend, especially Saturday. 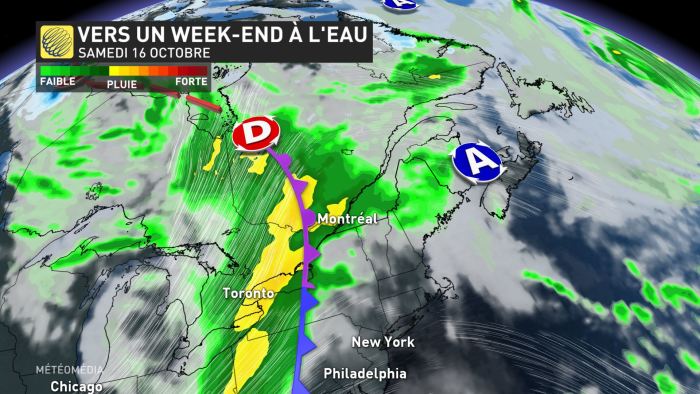 Current models do not seem to agree on the exact amount of rain. One thing is for sure, north of the river, they will be plentiful. Accumulation can reach 75 mm in some places. It will be necessary to monitor the path of the system, which should become clearer by Friday. For urban area, 25mm to 30mm are expected. 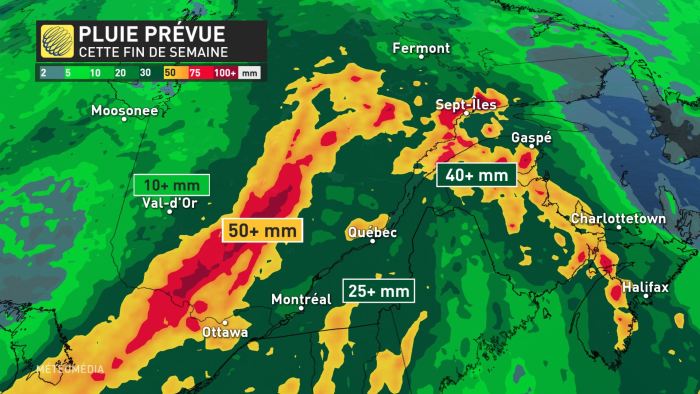 At least 41 dead in India floods and landslides