Facebook collects data about people online and uses it to personalize content and advertising. However, the exact method he follows is still somewhat mysterious.

Mozilla has teamed up with nonprofit newsroom The Markup in what it calls a “Facebook pixel hunt,” to find out how Meta tracks people on the web through its pixel-powered ad network, and what it does with the data collected.

Rally (a data-sharing platform that favors privacy, created by Mozilla last year) and The Markup talked about their collaboration:

“According to its privacy policy, Facebook may collect information about you from the web, even if you do not have a Facebook account. One of the ways Facebook does this tracking is through a grid of pixels that can be installed on many of the sites you visit. By participating in this study, you will help Rally and The Markup investigate and report where Facebook follows you and what kind of information it collects.“

The Facebook Pixel Hunting study will collect the following data from volunteers:

Mozilla would like to point out that it will not use the collected data for malicious purposes:

“This study will not share accurate measurement data with third parties. All efforts will be made to collect and analyze data within Mozilla’s secure analysis environment. Once the analysis is complete, we will delete all raw data. All encoding reports will use only aggregated and anonymized data. “ 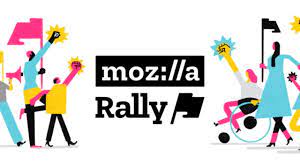 Facebook has been pushing hard to reverse and fight Apple’s iOS 14 tracking and transparency features, which will allow users to prevent data theft; Leaked notes and documents by Francis Hogan shed much light on the questionable practices of Facebook and Meta in data storage; There was a real uproar when WhatsApp revealed that it would start sharing collected user data with Meta because no one ever trusted them. Much of the people’s unwillingness towards Facebook stems primarily from the fact that the company very clearly participated in the data theft, and then flatly refused to accept the repercussions of these actions.

Download the Rally Bonus Module and take part in the study

What do you think of this project?

Here’s why Facebook continues to collect data from people even when their accounts are deactivated, building their profiles

Research shows that social media apps know a lot about you, and Facebook appears to be the worst culprit in this regard, closely followed by affiliate Instagram.