Paint for Windows 11 is a major update target. It goes down through the Windows Insider Program. It brings new dialogs for changing colors, resizing and skew.

Microsoft is releasing a new version of Paint for Windows 11. It is not yet aimed at the general public. We are under testing and evaluation. It is offered to computers registered on the DEV channel. This update introduces several changes to the basic functions of this popular drawing tool. Note that since September Painter has benefited from the new design.

Back to what’s new, “Redmond” makes changes to ” change colors The 48-color palette is still around, however, making use of round, not square, icons. 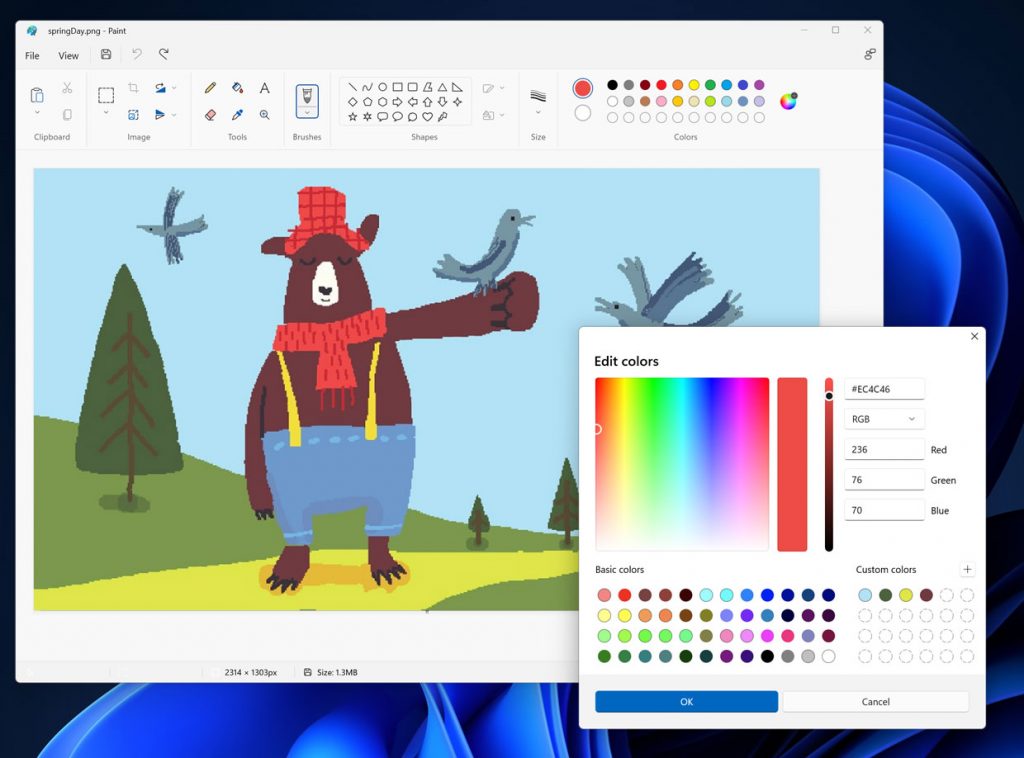 We no longer have an 8×6 grid but a 12×4 display. Additionally, custom colors are recorded from 16 to 30. Finally, the color name appears when the mouse hovers over an icon. The color preview box is replaced by a vertical bar while the pointer benefits from a more “modern” design. In addition to displaying RGB values, Paint displays (finally) the corresponding hex color code. 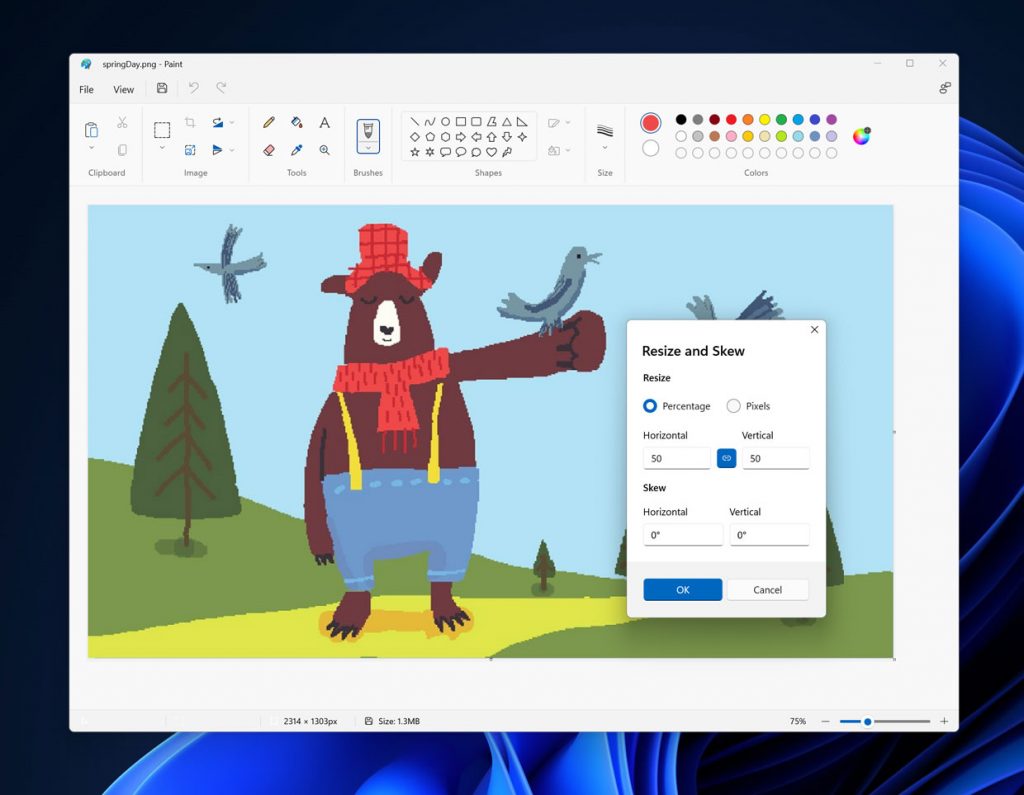 The “Resize and skewIt has also been revisited. The various icons disappear. Oddly enough, Microsoft is also removing the option to keep proportions.

Bug fixes and tweaks to certain dialogs added to all of this according to languages ​​(Hebrew, Dutch, Norwegian…). However, we still don’t have the dark mode. About this, the giant promises that it will be proposed in a future update. However, we do not have a timetable.