Microsoft released the first stable release of its Linux distribution last week: CBL-Mariner 1.0, where CBL stands for Common Base Linux. CBL-Mariner is a product for Linux engineers at Microsoft and is used as an internal distribution by their engineering teams for cloud, Edge, and other business needs. It is not a general purpose distribution like Ubuntu or Fedora, although it is open source. CBL-Mariner is already used by systems such as Windows Subsystem for Linux (WSL), Azure Sphere OS, SONiC, and other Linux-based efforts at the Redmond giant.

Microsoft, which saw Linux as the cancer of the computer world in the early 2000s, has completely changed its cover over the past decade. Redmond Company Since then I have invested heavily in open source development as evidenced by the Windows Subsystem for Linux (WSL) and Azure Sphere OS tools. Meanwhile, Microsoft also bought GitHub, the platform that hosts the world’s most open source software, for nearly $8 billion in 2018. Now, Microsoft offers CBL-Mariner, its own Linux distribution used by its internal teams. 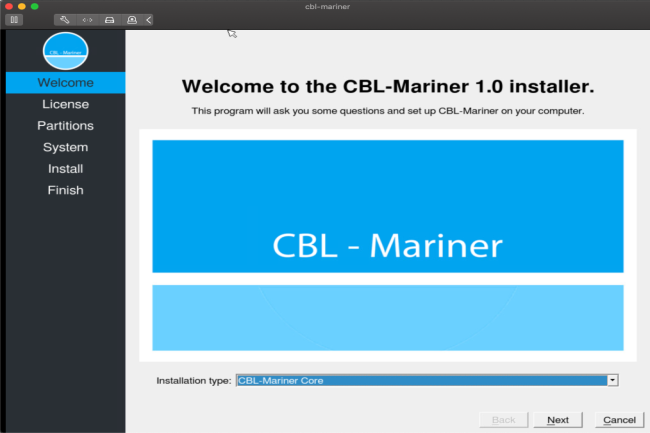 “Yes, I read the title well. Hell freezes because at Microsoft we have our own Linux distribution called Mariner or more specifically CBL-Mariner where CBL stands for Common Base Linux,” Juan Manuel Ray, an engineer in Microsoft Azure, wrote in a blog post Presents the company’s new Linux distribution. CBL-Mariner is developed by Microsoft’s Linux Systems Group, which is also the author of WSL2. The distribution is security-oriented, and uses RPMs with DNF/Tiny DNF to manage packages, different types of installation, etc.

But again, it is not meant to be a general purpose Linux distro, but the different engineering teams at Microsoft can use it for their different use cases. The latest CBL-Mariner update, version 1.0, arrived last week with an upgrade to the latest Linux kernel 5.10 LTS, various security fixes, downgrading the Kubernetes version in the Extras repository, and adding many other packages. CBL-Mariner features also allow for faster start times and less attack space.

Microsoft released CBL-Mariner on GitHub under the MIT license. Although the source code is available, there are no ISO images, but you can create your own. Here’s how to do it using Ubuntu.

Create an ISO image of the installation

First, let’s install some of the prerequisites we’ll need to build an ISO image:

Create a new VirtualBox VM. Configure the machine with 1 CPU, 1 GB RAM, and 8 GB disk. This should be enough for the test. Select your startup disk, in this case full-1.0.20210712.2155.iso, and start the installation process by following the steps below.

What do you think of Microsoft's CBL-Mariner Linux distribution?

Azure Open Source Week June 2021: Discover the key areas of collaboration and Microsoft's global contributions that can be accessed in the reboot

Microsoft announces the launch of Dapr 1.0, the open source runtime that makes it easy to create cloud-native applications in any language and portable on different cloud platforms

Microsoft publishes as open source code for the Extensible Storage Engine (JET Blue), a non-SQL database engine developed by Microsoft since 1996 and integrated into its operating systems