On October 21, a few days before the summit that begins on October 31, the Greenpeace organization, which was reported by the BBC, revealed the interventions of countries and organizations (Saudi Arabia, Australia, Japan, OPEC) targeting Modifying the content of the IPCC report (Intergovernmental Panel on Climate Change), which serves as the basis for deliberations.

The BBC has received around 32,000 requests for changes from governments, companies and organisations.

What some of these countries, or these lobby groups, are saying is the speed with which the IPCC is pushing After the fossil fuel transition, and specifically the end of coal-fired power plants or gasoline-powered cars, is not always achievable … or even desirable!

The IPCC says in both substance and simplicity: This should be done as quickly as possible, even immediately. NS flattening the curve of global warming by 2050.

Non portability For some people…

Let’s first discuss the difference between portability And desirable.

If we say, for example, that Japan or Germany, which are economic giants, producers and exporters of the first order, are not able immediately, or in the very short term, to abolish their use of gas, oil and coal while maintaining their consumption and production at current levels, it is a fact of life facts. can not be achieved.

In the current state of development of green energies, such as wind, solar, hydropower or biomass (energy recycling of waste), these energies are simply not able to cover the total demand in 2021.

Some small countries, for example in Northern Europe (Sweden and Norway), sometimes come close to it, with exceptional rates of wind or hydro-electricity production, as in Quebec. But this depends on individual, even unique geological, climatic or geographical conditions.

Germany has invested hundreds of billions of euros in wind energy for 25 years. But the contribution of wind energy in this country peaks between 20 and 25% (very variable with the year and depending on the wind) of the total electricity consumption.

In addition, there are huge transport problems – production mainly in the north of the country, and demand especially in the south – which hinder the development of the sector. Not to mention there is a strong popular resistance in many areas to the visual and noise pollution associated with this energy.

The result: With a planned nuclear phase-out (following the Fukushima tragedy in Japan in 2011), Germany increased its production and imports… of coal to meet energy demand. It relies heavily on Russia’s North Stream pipeline.

In Europe, by adding the wind, solar and biomass sectors, we generally arrive, depending on the country, at 15, 25, 35% of the total. More rarely.

… Non desirable According to others

But after the transition period portability (or not) in the short term, there is in the positions advocated by countries such as Saudi Arabia and Australia – this is what the BBC and Greenpeace reveal – the idea that such a rapid transformation is also undesirable.

How is such a provocative situation possible in 2021?

There is, these countries claim, a technology to capture and sequester (or store) carbon dioxide, which can give fossil fuels a longer life while preventing their release into the atmosphere.

They don’t just talk about the objective feasibility of a fast green transition (moreover a real question) or the intrinsic virtues of carbon capture (a name that covers very diverse, still under development, often expensive and complex methods).

These countries also defend, and even primarily, their industries and sources of foreign exchange. Here, the clash between the environment and the economic interests of particular countries, and particular industries, becomes frontal.

For example, according to the BBC, an adviser to the Saudi Ministry of Oil asked the Intergovernmental Panel on Climate Change those sentences. The need for urgent action to mitigate climate change where Rapid transition to carbon-neutral sources It was removed from the report.

For his part, a senior Australian government official hates the report’s conclusion, which calls for the rapid closure of coal-fired power plants and calls for their complete removal. We get it: Australia continues to open new coal mines almost every month in 2021!

However, ending the use of coal is one of the explicitly stated goals of COP26 and one of the main means of achieving the 2050 goals of reducing greenhouse gas emissions globally.

This puts many people, and many countries, not least, at odds with the climate emergency. Let’s add less direct, more nuanced, more diplomatic, and perhaps more hypocritical views, coming from countries like China, Japan, or Norway (which is an exemplary model of hydropower and a major oil producer).

China (a producer and importer of coal) and Japan (which no longer produce it, but imports a lot of it) are defending this technology, explaining that they have to hold on to fossil fuels for a while, with the remaining goal being to eliminate them.

In its report, the IPCC was very skeptical about carbon storage: There is a great deal of anonymous information about how much fossil fuels can be effectively processed to achieve the goals set by the Paris Agreement.

Then there is the nuclear issue, which Tokyo or Paris in Glasgow could address.

Its proponents view nuclear power (including Japan, which is gradually returning to it, ten years after the Fukushima shock) as a way to not emit greenhouse gases, while solar, wind and biomass await in larger quantities.

The Tokyo government isn’t the only one that has changed its stance on corn. In France, Emmanuel Macron announced in early October an investment of 1 billion euros in newer small power plants, while the United Kingdom, Russia, India and China also planned to build or revitalize nuclear power plants. Always with the argument Ver, Nuclear power production is not associated with carbon dioxide emissions.

However, nuclear energy also has its enemies among environmentalists due to the sometimes unsafe nature of power plants (Fukushima 2011, Chernobyl 1986) and the issue of waste that does not dissolve in nature, even in the long run. The great advantage of nuclear power is that it produces no carbon dioxide (or nearly zero) emissions.

Then there is Germany, the country that officially holds one of the most environmental discourses virtus From the world. Germany where there were a lot of nuclear power plants (about 30 at the beginning of the XXI century), but where, unlike Japan, we decided to abolish all uses of atomic energy in the short term (2022).

As a result, meanwhile, as in Japan, consumption of coal (and soon Russian natural gas), after declining for years, began to rise.

Yes, there are potentially heated debates in Glasgow. 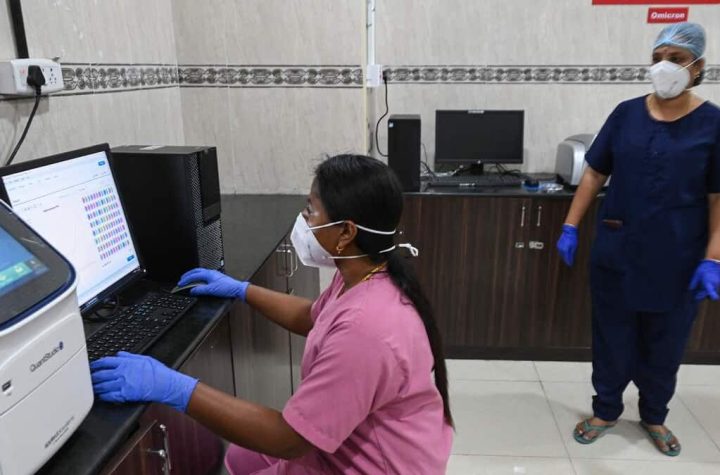