The new survival game, whose name has not yet been revealed, will build its own entirely new world independently of the fantasy worlds found in Blizzard.

Blizzard Entertainment, responsible for IP like StarCraft, World of Warcraft, Diablo or even Overwatch, is developing a new survival game for PC and consoles. We got the news yesterday, when this new survival game was revealed thanks to a post for recruiting new talents into the project.

Blizzard embarks on its next mission. We are on a journey to a whole new world, home of a brand new survival game for PC and console. A place full of heroes we haven’t met yet, stories to tell and adventures to experience. A vast world of possibilities, waiting to be discovered.

Little optics for inserting your teeth

The ad comes with two artwork depicting the game, the first showing a character kneeling in the woods with an ax in hand, an animal skull on his head, and wearing light armour. The character appears to be following the footprints of fluorescent animals in the woods.

The second shows a pair of teenagers from the modern world who seem to find a pathway by chance to an even more fairy world with a castle floating in the distance. 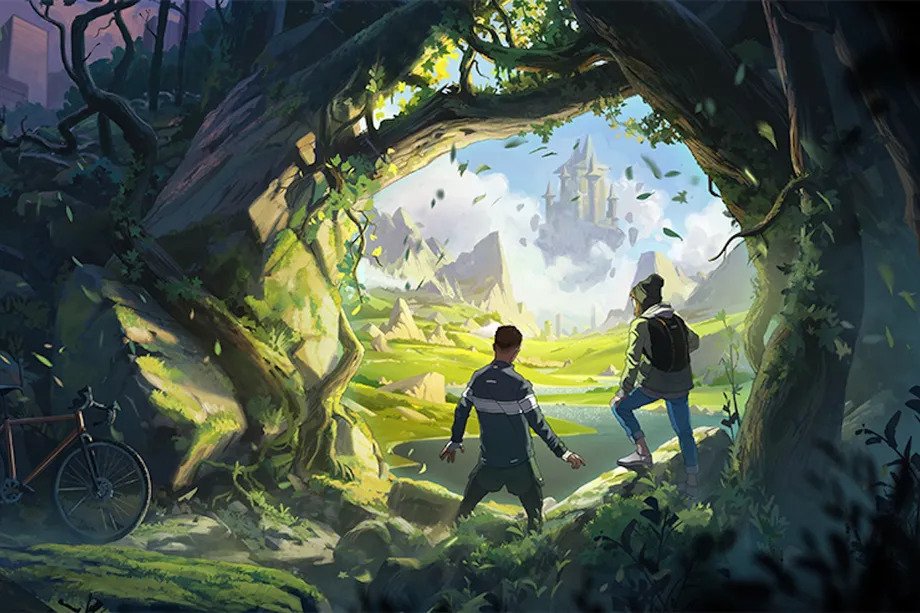 An advanced project in its development

The company has not yet mentioned the title, platform, or release date, but the project appears to be very advanced in development. High-profile Blizzard Mike Ybarra posted a tweet yesterday talking about his experience with the project. He would have had the opportunity to play several hours of the new match and says he is very excited to see the team. He also looks forward to the players being able to experience this whole new world.

I have played many hours of this project with the team and am very excited about seeing the team and the whole new world it offers for players to immerse themselves together. Join us to help make it a reality! https://t.co/pLhijX2Li9

This new survival game will be the first new IP since Overwatch was released in 2016. It’s also the first time that Blizzard has made a survival game. This news is quietly coming to us as the announcement of Microsoft’s acquisition of Blizzard made headlines last week. The company that had a difficult year in 2021 is now being talked about for happier reasons. Let’s just hope that the trend continues and that we can also have more information about this new game soon.

We have certainty now, the basic components of life were on its surface