It was never in doubt. Bayern Munich’s Alphonso Davies has been named Canada Soccer Player of the Year for the third time in four seasons – coming as no surprise to those that have been watching the national team’s main man in action over the past 12 months.

Davies has had a very successful year for both club and country. He has racked up five goals and eight assists in his 13 international matches this year from the left side of the defence and midfield to fire the national team to the brink of a historic FIFA World Cup Qualification.

Meanwhile he also helped his club to clinch a trio of trophies this year – the delayed 2020 FIFA Club World Cup in February (becoming the first Canadian to win it), a third straight Bundesliga title in May, and the DFL Super Cup in August’s new season curtain-raiser.

In European club competition he was a key part of the Bayern side that reached the quarter-finals of 2020-21 UEFA Champions League and so far in this season’s competition they have a perfect 6-0-0 record in the group phase. He featured in 42 matches in all competitions from January through November with FC Bayern, demonstrating his worth to the team.

But it is his value to the national team in a more advanced role on the pitch that has really stood out in a groundbreaking year for Canadian men’s soccer. That eight-assist statistic set the record for single year assists for the national team and, in doing so, Davies also set the all-time record with 15 career assists.

He scored a stunning goal in Canada’s 4-1 hammering of Panama in a CONCACAF World Cup qualifying match in Toronto in October as the team finished an incredible year top of the standings with a 4-4-0 record – and with a real chance of making their first finals for 36 years.

See also  Last time in the NHL in a power game

And that could be the first of two consecutive appearances for the team who are already guaranteed a place as part of a joint-bid with the US and Mexico to stage the following finals tournament in 2026.

In fact, this year was the first time since 1996-97 that Canada made it through to the final CONCACAF qualification group, so to sit on top of the standings above the United States and Mexico heading into the final six fixtures is a historic achievement.

And with coach John Herdman’s side having already upset Mexico thanks to a huge 2-1 home win and a 1-1 away draw in the hostile Azteca, plus holding the US to a 1-1 away draw in Nashville, Davies and his team-mates will be looking to finish the job in their favourable remaining fixtures.

The odds on them doing just that are shortening by the week thanks to those excellent results in their tougher matches. The stunning win over powerhouse Mexico in the Edmonton snow to finish the calendar year brought their odds down to 5000/1 from 20000/1 in the summer to actually win the tournament next year.

Of course nobody will be expecting the team to go that far but they certainly look a much better bet to qualify. You can stay updated with the latest predictions of Alphonso Davies and other Canadian soccer players by visiting the top betting sites when the qualifiers resume at the end of January.

Thanks to Davies’ heroic displays, many sportsbooks have reduced the odds on finishing top of the group from +1000 as they were in September, mainly due to the aforementioned favorable run-in of fixtures. With Mexico and the US set to face each other in March and taking points from each other in one way or another, it is no wonder the betting favours the Maple Leafs to complete the job.

See also  Changes in the management of hockey in Montreal Canadiens

Come March, after each of the eight teams has played 14 matches, the top three qualify for Qatar 2022 while the fourth-place side takes part in an intercontinental playoff to see who joins them.

If they do manage to make it through to the finals – their first World Cup finals appearance since 1986 – Davies will get to feature on the biggest stage of all. Few journeys to the top of professional football can compete with his story.

Born in a refugee camp in Ghana in 2000, his parents had fled fighting in the second Liberian civil war. They then moved to Canada as refugees when the player was five years old. Davies joined the Vancouver Whitecaps youth set-up in 2015 at the age of 14, before making his MLS debut a year later.

His big break came in the summer of 2018 when Bayern agreed a Major League Soccer record $22mn fee to sign him the following January. “The first time I came to Bayern Munich, I could not believe it,” he told the BBC last year. 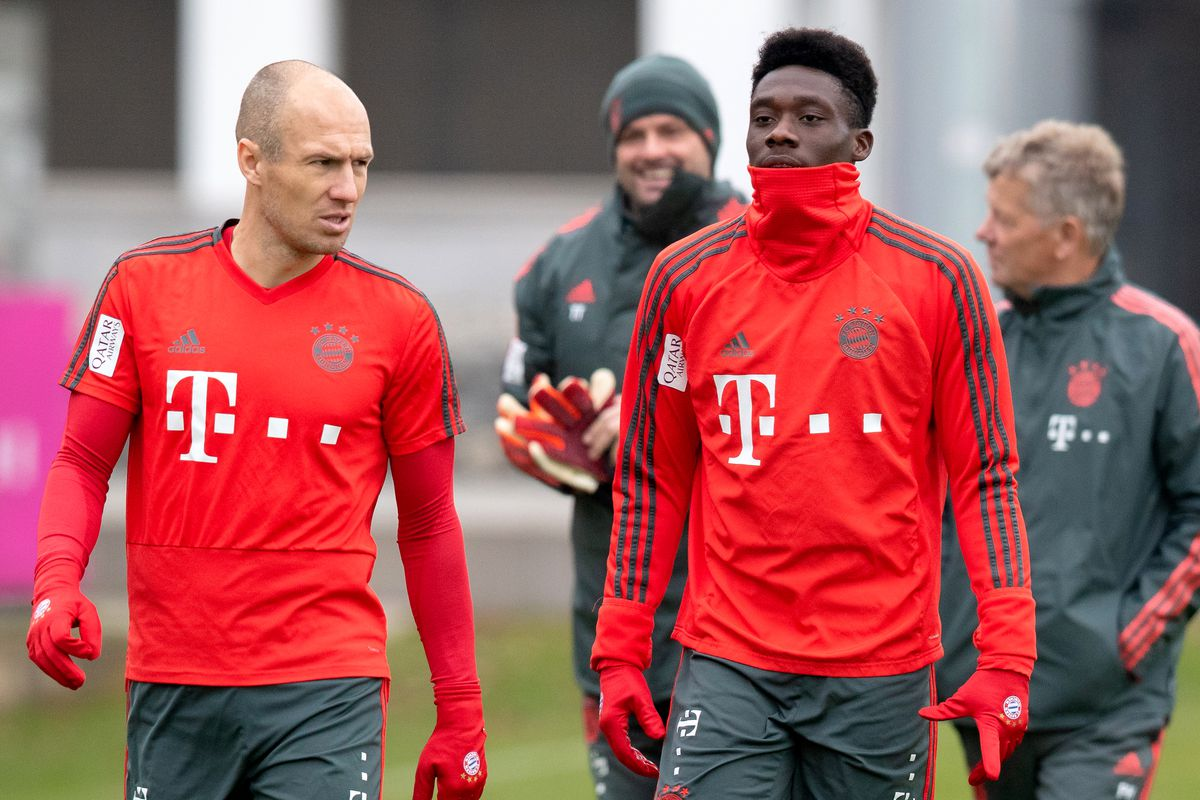 “When I got into the locker room, the first person I saw was Arjen Robben and at that time I could not believe what my eyes were seeing. He came up to me, shook my hand and said: ‘Hi, I am Arjen.’ In my head, I thought: ‘You do not have to introduce yourself.’

“When I signed, I posted a picture of me holding the shirt on Instagram and there was a comment that said: ‘Mats Hummels follows you, but you don’t follow him back.’

“I searched up his name, followed him back and he sent me a message saying: ‘Welcome to the team, look forward to seeing you soon.’ I replied back saying: ‘Thank you, I can’t wait to come.’

Then more and more players started reaching out. At first I did not believe it was them but then they had the blue tick so it was the real deal.”

Fast-forward three years and the 21-year old from Edmonton is now one of those international sports stars with millions of social media followers of his own and he is a huge hit on Tik-Tok. It is hard to believe, such is the level of importance he brings to the national team, that he is still only 21 years of age and well-invested in the social media game.

Now with three Player of the Year awards to his name – also winning in that breakout 2018 year and again in 2020 – Davies is well and truly an established star for Canada.